Queen of the Hurricanes featured in Airforce Magazine!

It is wonderful to see Elsie's story featured in Airforce Magazine!  The excerpt from Queen of the Hurricanes concentrates on her time at Canadian Car and Foundry, and the layout is wonderfully done with photo inserts from the book.

If you are interested in knowing more about the book it is available from Second Story Press:  http://secondstorypress.ca/books/316-queen-of-the-hurricanes

There are also some incredible stories of women in aviation in the Royal Canadian Air Force in this issue of Airforce Magazine including:
And for you history buffs - there is an article on Vi Milstead Warren who was an Air Transport Auxiliary Pilot during the Second World War! For more information see this amazing issue: 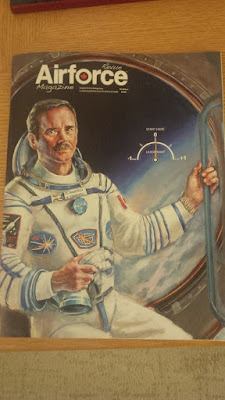 Posted by Crystal at 5:35 PM No comments: